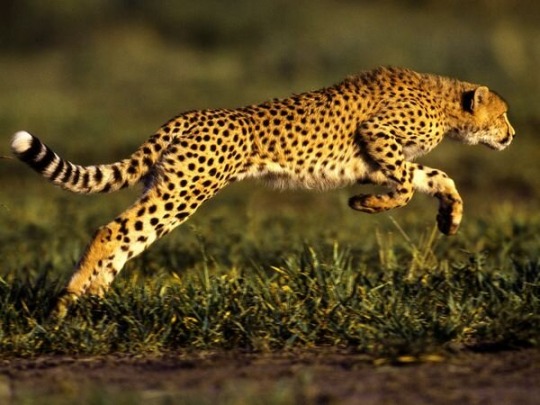 Cheetahs (Acinonyx jubatus) have long, slender bodies covered with unique black spots scattered across their tan coats. The name cheetah comes from the Sanskrit word “chitraka,” which means “the spotted one,” according to the World Wildlife Fund.

With aerodynamic bodies, long legs and blunt, semi-retractable claws, cheetahs are formidable carnivores that can sprint at speeds of up to 60 to 70 mph (96 to 112 km/h), according to the Smithsonian National Zoo & Conservation Biology Institute.

According to the International Union for Conservation of Nature’s (IUCN’s) Red List of Threatened Species, most cheetah subspecies are considered vulnerable as all populations of them are on the decline.

Cheetahs are found across Africa especially in northern part of it; and a scattered population of them can be found across eastern and southern Africa, once they had been found in a wide range of Central Asia and the Indian subcontinent.

The Iranian cheetah population seems to be in trouble; incidental killing of cheetahs by people or livestock guarding dogs, habitat fragmentation and loss of biological corridors and prey base depletion, mining activity and road construction were among the main factors that threatened the lives of these valuable species.

Baqer Nezami, conservation of Asiatic cheetah project manager, told IRNA on Wednesday that cheetah population in our country is affected by many factors and unfortunately not only did not improved after 18 years of conservation plan implementation but it is currently dropping.

There are no accurate statistics on the population of cheetahs in the country since the last time the camera traps installed to determine their distribution 10 years ago, which has never been repeated, but it seems that there are 30 individuals in Iran, he stated.

During past years, herd dogs have always been the major contributors to the cheetah fatalities and have caused the most casualties, with other factors affecting the population of cheetahs as well, he lamented.

Cheetahs need a large area to live in, so they cannot be kept in one place or area, even for example, Khar Turan National Park, which covers more than 1.4 million hectares, is not a permanent habitat for the cheetahs, he noted.

Referring to prey population as a threatening factor, he said that over the past years, the population of prey has improved to some extent due to an increase in populations of small- to medium-size animals, such as gazelles, hares, Persian fallow deer and birds.

Nearly one-third of the protected areas are cheetah habitats, and in all of these areas, prey population has been improved and poaching have declined in comparison to other areas, he added.

North Khorasan, South Khorasan, Semnan, Isfahan, Kerman and Yazd are 6 provinces in which the cheetahs breed, and other areas are where the cheetahs probably go in some seasons and come back to the breeding habitat again to regenerate, which causes most of the cheetahs to die whether while crossing the roads or in conflict with human or poachers, he explained.

Cheetah’s mating is more complex than other cats as they refuse to mate with relatives, which is an evolutionary adaptation because mating causes genetic disorders, he highlighted.
Female cheetahs tend to be solitary, while males typically live in groups made up of other male siblings called coalitions, females socialize with males only when mating but then raise their offspring on their own, he added.

Changing habitats also has an impact on cheetah death toll, as they pass the roads and mostly get killed in accidents, he lamented, adding, in a road in Yazd province, 6 cheetahs were killed in accident, and this is because of increased number of cars.

He went on to note that to conserve the species, security of the natural habitats must be ensured, so we are fencing the deadliest roads.

Over the past 10 to 15 years, we have lost 25 cheetahs on the roads, usually in the winter, when livestock enters the habitat, he regretted.

In response to the question whether the threat factors of Asian and African cheetahs are the same, he explained that the factors putting African and Asian cheetahs in danger are different and management ways of each also differs, for example in Africa excessive haunting for fur trade and lions are the main threats to cheetahs.

Referring to climate change role in cheetah’s extinction, he noted that climate change has not been a major factor, although some may suggest that it caused cheetahs to change habitats, it has not yet been proven.

He also added that in an attempt to provide a safe place for the few surviving Asiatic cheetahs, thousands of livestock have been moved out of cheetah home ranges in Touran National Park in the province of Semnan to avoid livestock-cheetah conflict.

He further suggested that we must first identify the underlying problems and, given the economic circumstances, first find solutions and then think about a number of other factors such as climate change that have affected the whole world and nature.

Accordingly, we propose to earmark part of the money allocated to deal with sand and dust storms, to move livestock out of cheetah’s habitat, because this will both protect the species and prevent overgrazing and soil erosion, he concluded.