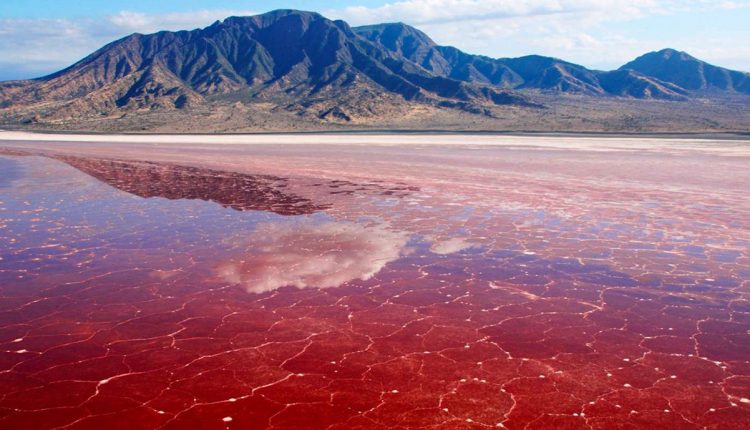 Lipar lagoon in Sistan and Baluchestan

The lagoons are the magical natural treasures which have a huge impact on weather and environment. Lipar is one of those important lagoons in Chabahar and is called the bride of Chabahar.

It is considered as one of the saltiest lagoons worldwide and is about 10 hectares.   “Lip” means the ashes and “Ar” means water on the other hand in Baluchi language “Lipar” means somewhere the river meets the sea.

This is an untouched and simple lagoon but at the same time glorious and magnificent. The local people usually collect salt from the lake.

The reason of the fame of Lipar is its nice pink color which is because of the existence of especial bacteria living there. Other plants which live there are Oak, Nettles, Gaz, Mesquites, Locusts and Phragmites australis.

The scientific studies show the presence of 64 species of Mollusca, 93 species of plant plankton, 31 species of animal plankton, 85 species of fish, 24 species of Crustacean, 14 species of Benthos and 46 species of Algae besides white and pink flamingo, Herons, eagle, Grebes, see-see partridge and marble duck.

The best season to visit there is winter to escape from heat and remember to protect the environment as possible as you can.

Negaran Valley in Sistan and Baluchestan

The Martian mountains in Sistan and Baluchestan

The plain of fritillary flowers in Chaharmahal & Bakhtiari