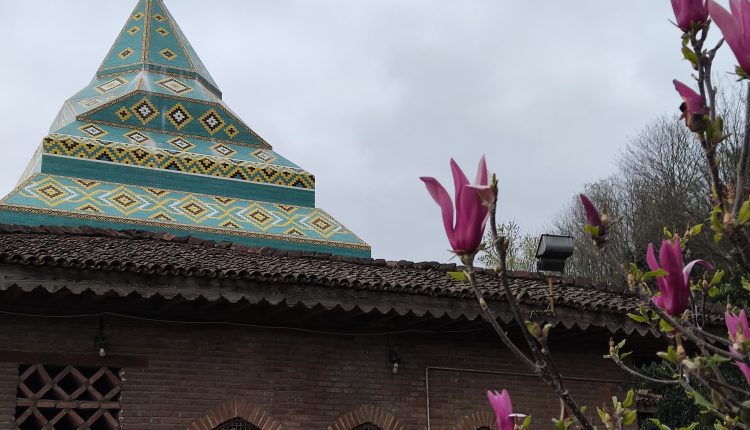 The shrine of Sheikh Zahed Gilani in Lahijan

Sheikh Zahed (13th century) was the prominent grandmaster of Dervishes, the famed Zahediyeh Sufi and Mysticism who was also the father-in-law of Sheikh Safiuddin Ardebili whose grandchildren founded the Safavid empire.

There is no inscription to prove that there used to be the tomb of him but many people especially his followers believe in that place as his shrine.

Its beautiful green dome shines in the middle of tea farms looking over the city of Lahijan. Inside the shrine there are only two rooms in which there are the tomb stones whose pilgrims visit every day.

The eternal peace and holy spirit you find there is beyond imagination.