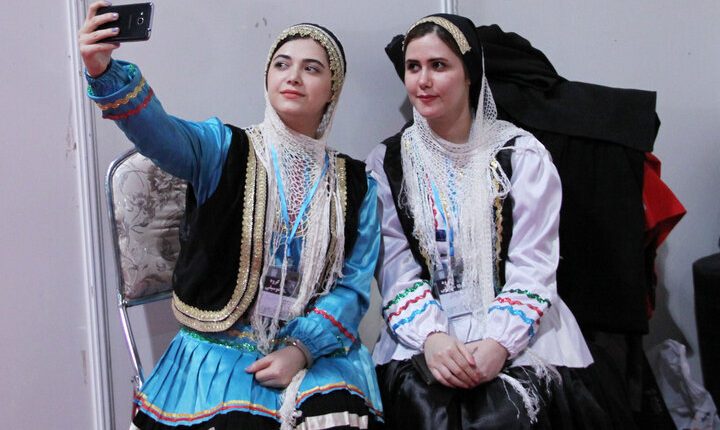 Several foreign ambassadors, diplomats, as well as cultural and economic attaches are amongst the guests for the event that will be running through Friday at the capital city of Gorgan, IRNA reported.

The one-millennium-old, UNESCO-registered Gonbad-e Qabus is one of the most significant tourist destinations in Golestan province, neighboring the Caspian Sea.

Nearly two million Turkmen are reportedly living along the northern edges of Iran, just south of the Turkmenistan border. For centuries the Turkmen lived as nomadic herdsmen. In more recent years, however, many have changed to a “semi-nomadic lifestyle,” living in permanent homes as well as in tents. Today most of them are farmers and cattle breeders. Turkmen still live in extended families where various generations can be found under the same roof, especially in rural areas. Many tribal customs still survive among modern Turkmen.

Golestan province is home to the UNESCO-registered Gonbad-e Qabus, a one-millennium-old brick tower, which is an exemplar and innovative design of the early-Islamic-era architecture. Narratives say the tower has influenced various subsequent designers of tomb towers and other cylindrical commemorative structures both in the region and beyond.

The UNESCO also credits Gonbad-e Qabus as “an outstanding and technologically innovative example of Islamic architecture that influenced sacral building in Iran, Anatolia and Central Asia.”

The Historical hydraulic system of Shushtar